Alfalfa Hay is one of those hays that is often recommended to guinea pig owners to give to their piggies, but can they eat it?

Often when one looks for what hay to provide their guinea pigs, it can be hard to dicifer which is the best type of hay for them and also the difference between them all.

A good way to discover more about them is to get the right facts about that hay, so as to discover what hay the is like.

Here are 12 facts to help establish what alfalfa hay is and whether it is any good for piggies. 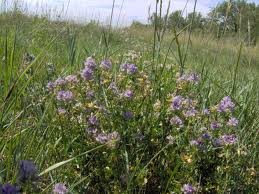 Alfalfa is idea for pregnant guinea pigs and very young baby guinea pigs up to 7 months, but it has a very high calcium content and so is not good for piggies to eat after that.

They really should be moved onto Timothy Hay which is much better for guinea pigs and should be their staple diet after 7 months.

Alfalfa Hay can be fed to guinea pigs sporadically as a treat as something different from their normal diet of timothy hay but don’t feed it to them too much. Once or twice a month at the most.