Spinach is a very popular vegetable loved the world over.

It has green leaves that are either ruffled slightly or flat. When they are young they are a brighter green then grow more intense in colour as they mature.

Most people either love or hate spinach because of its bitter flavour. It is often eaten in salads where the younger leaves are used or its older leaves are cooked.

Although it is an all year round veggie, it is at its very best between April and September and it is best to get spinach that is bright and crisp and avoid that is yellow and wilting. 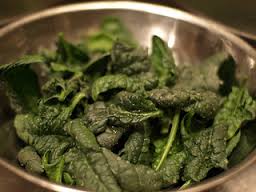 So in the interests of good guinea pig care, can guinea pigs eat spinach, and if they can, how much can they eat?

Spinach is great for guinea pigs and they can eat it regularly. It is high in vitamin c and other types of vitamins and low in sugar, so really fits the bill when it comes to finding a good veggie supplement for them to eat.

However it is high in Oxalates and if mixed with calcium, it can form stones. So it is best fed in small amounts 1-2 times a week at a maximum.

What about spinach stalks?

Unfortunately, spinach stalks are not good for guinea pigs to eat and it is best to throw them away when preparing spinach for piggies.

What about other types of spinach?

Baby spinach is so called as it used to describe spinach that has been harvest during the early stage of the plant’s growth. It has small leaves, a tender texture, and a sweet taste in compared to mature, fully formed spinach leaves.

Guinea pigs can eat baby spinach and it is very popular, but only in small amounts because of its high calcium content.

Yes guinea pigs can eat raw spinach. This is the state it is meant to be fed to guinea pigs

Yes English spinach is fine for guinea pigs to eat, again in moderation.

We actually made a separate post here about water spinach right here.

Unfortunately, guinea pigs can’t eat frozen spinach as it is not good for the to eat frozen foods.