In my interest to see what foods guinea pigs could eat, I started wondering about oranges. We have them occasionally but our kids aren’t too keen on them so they don’t often appear in the fruit bowl. However we occasionally have them and its worth a check to see if whether they can eat them. 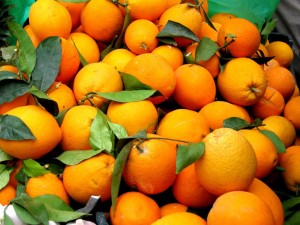 Looking around the webs, it was quite surprising to find that there was a lot of owners who said that they perfectly fine for them to eat.

My first thoughts were that they were too acidic for guinea pigs to eat. They are but it doesn’t mean that they cant have them.

Here are some things I picked up from researching into the issue.

Yes you can give them orange peel. If they will eat it, small amounts won’t do them much harm. It does contain a lot of vitamin c but as with oranges, will hurt them if they have too much.

Can guinea pigs have orange juice?

No don’t give guinea pigs orange juice. It is much too sweet and sugary for them to drink.Their main drink should be fresh water.

Yes, there is no reason why they cant if they are available and they like them.

So can guinea pigs eat oranges? Yes, they can. But don’t give too much to them, a couple of slices a week should be fine for them. But anything more than that can give them tummy trouble.

As far my guinea pigs are concerned, I’ll give them some orange if we have them around but I wont go the extra mile to buy them for him.

How Do I Get My Two Male Guinea Pigs To Get Along? https://t.co/CXkqCC7DUo